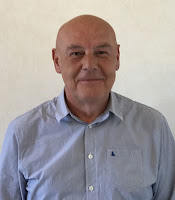 Building from the recently published research report on community anchor organisations, What Works Scotland is exploring further the crucial relationship between the community sector on the one hand, and public services partnerships and public service reform on the other.


The policy focus on social enterprises as partners and innovators


In launching Scotland's Strategy for Social Enterprise: 2016-26, in December 2016, the Scottish Government described social enterprise as:

a vital partner in the economy, civil society and in creating a fairer, more inclusive Scotland……and being key to the sustainable delivery of public services and to realising the potential within Scotland's communities. (p14)


These words are consistent with the Christie Commission which calls for a clear strategic direction that would include a decisive shift towards prevention, greater integration of public services at a local level, and greater creativity in the way the public service workforce is mobilised. The Christie Commission recognised the role of social enterprises to support this shift (p21).


Senscot was founded in 1999 with the objective of supporting and raising awareness of the work of the social enterprise community in Scotland. A substantial part of this work, over the years, has seen the establishment of the support infrastructure for social enterprises in Scotland – including the development and growth of both local and thematic Social Enterprise Networks (SENs). SENs provide members with peer support and joint working opportunities. There are currently 16 locally-based SENs; and 6 thematic SENs – with over 1300 social enterprises engaged with the wider network. The SEN members are almost exclusively working in local communities across Scotland, and providing vital local services.

The social enterprise strategy was a co-production between Scottish Government and the sector itself – in which Senscot made its own contribution. Part of this was to highlight the work of SEN members and their particular contribution in terms of partnership working and new approaches to addressing some of society’s growing issues. Senscot has sought to identify this work over the last 12 months through a series of Briefing Papers that focus on areas where social enterprise is making its own contribution to public service delivery, primarily in the field of health and social care. These contributions are supported by case studies highlighting practical examples from around the country – and include work around:


In the year ahead, Senscot will continue to highlight the contribution being made by community-based social enterprises with further Briefings focusing on mental health and wellbeing; and Improving health through social and community activity.

This work will see further linkage between thematic and local SENs and will help local SENs and their members to play an increasing role in influencing policy and public service delivery locally – both at regional and community level. By working together at a local and thematic level, community-based social enterprises can have greater influence on policy both locally and nationally.


Further collaboration and linkages between community-based social enterprises and community anchor organisations is also being explored this year through the Scottish Community Alliance's Pockets and Prospects Programme that will see a number of Glasgow-based social enterprises delivering services to seven community anchors and community-based organisations in the city.

The Pockets and Prospects Project will link directly to Glasgow's Campaign to End Loneliness - part of the UK Campaign. The Vision of the campaign is 'All older people can have meaning connections (i.e. companionship, feeling included and having a sense of belonging)'. Whilst there is considerable activity from public sector and third sector to address loneliness – it is uncoordinated and there exists a lack of information about what’s going on already. Senscot’s Pockets and Prospects programme will link directly to the Campaign to End Loneliness (Glasgow and UK) and will inform the Scottish Govt Strategy (national) and look to build connections at a local level within the city of Glasgow.

Whilst the contribution of community-based social enterprises remains, for many, 'under the radar', there are increasing opportunities to deliver a range of public services within local communities. To enable social enterprises to take advantage of these opportunities, Senscot, in partnership with Social Firm Scotland, Scottish Community Alliance and Co-operative Development Scotland, established Partnership for Procurement (P4P). P4P is a bespoke, 'hands-on' service designed to support organisations develop partnerships and consortia (where community enterprises get together to deliver a larger services). In the process, it will provide social enterprises with an opportunity to learn from each other and collaborate; extend their geographical reach; and diversify their income – with the overall objective leading to new and improved services in local communities.

Senscot intends to continue its commitment to collaborative working – with both public and third sector organisations – with the joint objectives of influencing policy both locally and nationally; building the capacity and resilience of the sector; and, most importantly, helping to deliver better, more responsive services to communities across Scotland.

See the other blogs in the community sector inquiry series